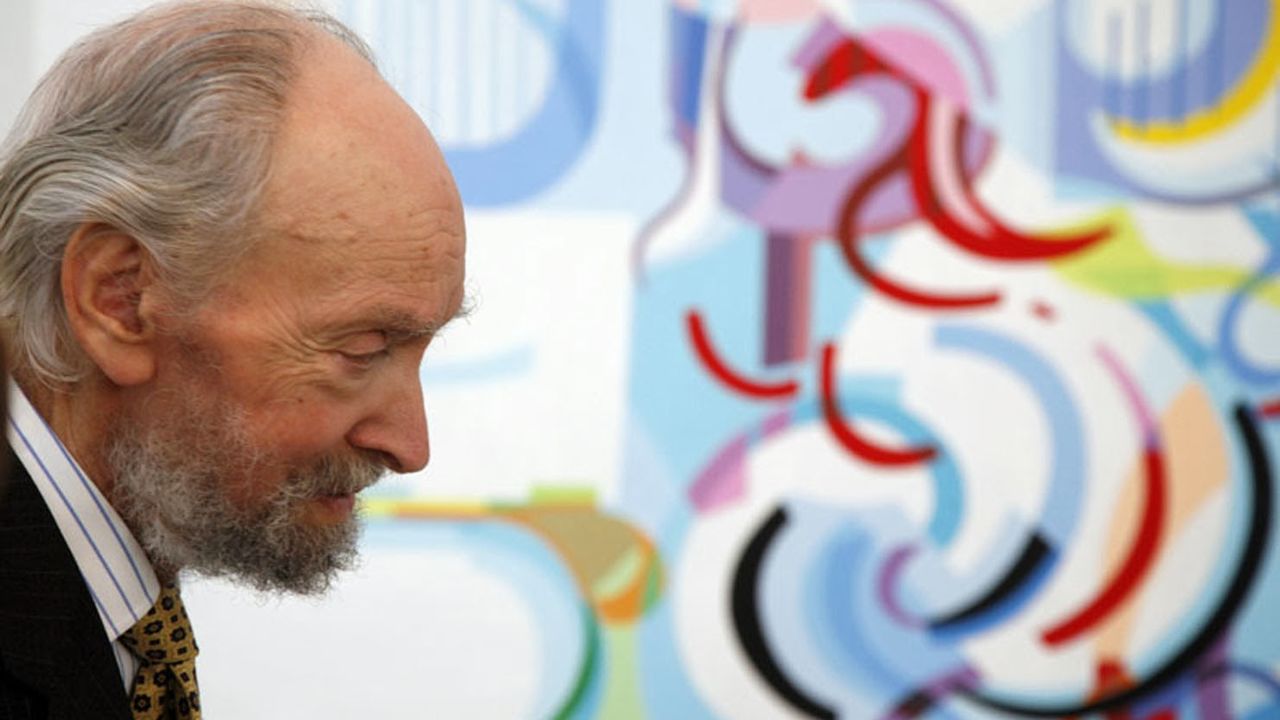 Nadir Afonso was born in Chaves in 1920.

Graduated in Architecture at the School of Fine Arts of Porto. In 1946, he studied painting at the École des Beaux-Arts in Paris, due to Portinari's interference obtained a scholarship from the French government. From 1946 to 1948 and again in 1951 he was collaborator of the architect Le Corbusier, and he took some time from Fernand Léger's atelier. From 1952 to 1954, he worked in Brazil with the architect Óscar Niemeyer. In that year, he returned to Paris, took up contact with the artists oriented in the search of kinetic art, developing the studies on painting that he calls "Espacillimité".

At the forefront of world art exposes in 1958 in the Salon des Réalités Nouvelles «espacillimités» animated movement. In 1965, Nadir Afonso definitively abandoned the architecture and accentuated the course of his life exclusively dedicated to the creation of his work.

National Prize of Painting in 1967 and Prize Amadeo de Sousa-Cardoso in 1969. Decorated with the degree of Official (1983) and Great Officer of the Military Order Santiago de Espada (2010). Jorge Campos made the films Nadir (1993) and Nadir Afonso. Time does not exist (2012).

A retrospective is presented at the Soares dos Reis Museum and the Chiado Museum. The Museum of the Presidency of the Republic dedicates an exhibition on the occasion of its 90th anniversary. Doctor honoris causa of the Universidade Lusíada and the University of Porto.

He is represented in the Museums of Lisbon, Porto, Rio de Janeiro, S. Paulo, Budapest, Paris, Wurzburg, Berlin, among many others.